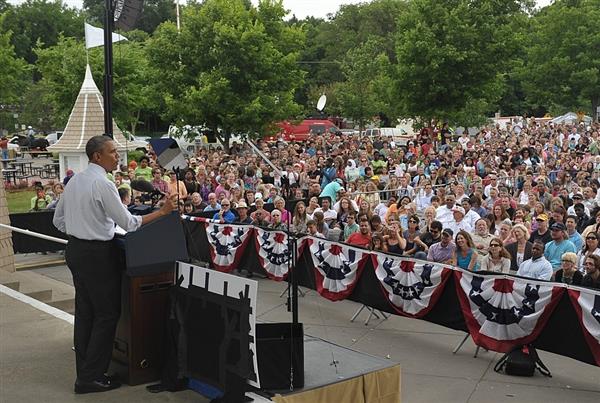 Obama is telling a crowd in Minneapolis that Republicans have blocked or voted down "every single serious idea" to help the middle class, including raising the minimum wage and extending unemployment benefits.

He says he's been taking steps on his own to help because he can't allow "indifference or greed" to threaten hard-working families.

Obama was in Minnesota partly because the state recently approved a more than $3-an-hour increase in the state's minimum wage. The wage will climb from $6.15 to $9.50 an hour by 2016.

Congress so far has ignored Obama's call to raise the federal minimum wage to $10.10 an hour.